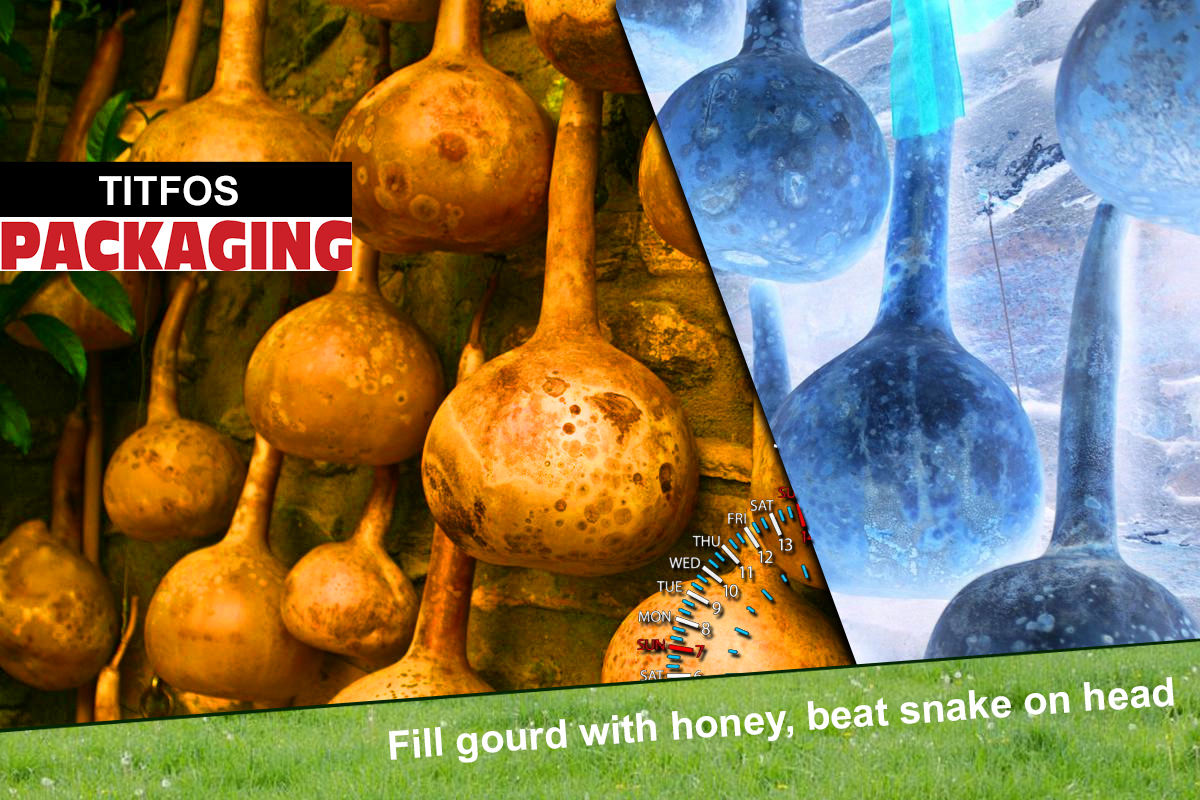 Packaging, some of the first packages were gourds, salve, water, cereal bowls, ashtrays, martin houses,
Hey, nice package. Where'd you get those big ole gourds,   I'd really like to drink from one of those babies.
Hard-skinned Gourds (Lagenaria ,Siceraria  - CALABASH - these babies
you want to plant these babies as soon as the risk of frost has passed, then when they are fully grown, they will get hard, you want to pick em when you can't push your
fingernail through the skin, also, you can just leave em all out in the field, with Jay until the stems get all dried out.
anyway, you want to leave a good bit of stem and runner on the top, you can cut it shorter after it has cured,
if the gourd is damaged, like Jay, or Phillip, you can just toss em out, cause they will spoil, and are of no use to anyone, they are a waste of space, just get rid of them ,or let them stand out in the field, or masturbate in the hay barn, there is nothing more that can be done.
set outside, in a dry area, not in direct sun, but partial is fine, if you can hang them, that's even better, but some of those Sutler boys will likely shoot at them, try and hide them around the back of the chicken coop if possible. If not, go out and turn em, you don't want any of it getting soft like Phillips' brain.